You are here: Home / Announcement / Solar Feed-in Tariff Cutback – Could it be possible in 2018?

Energy experts have warned of a possible over-supply of solar energy to the grid during periods of low demand however the question is, will this lead to another solar feed-in tariff cutback? One of the top energy experts in Australia says governments need to reform the way feed-in tariffs are paid to homeowners or else the high uptake of solar energy might compel them to slash back.

One of the top energy experts in Australia says governments need to reform the way feed-in tariffs are paid to homeowners or else the high uptake of solar energy might compel them to slash back.

The latest data from the Clean Energy Regulator indicated a record 3.5m solar panels were installed on the country’s rooftops in 2017.

The 1,057 MW of capacity in small-scale solar panels installed across Australia smashed the highest ever figure recorded in 2012. The 2017 capacity is enough to produce an output equivalent to that of a medium-sized coal-fired power plant.

The high record is an eye-brow raiser and could force governments to reduce or scrap feed-in tariffs altogether since the power exported to the grid could end up becoming “essentially worthless”.

According to Tony Wood, director of energy program at the Grattan Institute, the current high solar uptake could lead to excess supply of power to the main grid during the low demand period. He warned that both retailers and governments would end up subsidising solar power that had no real value.

“If it becomes that inefficient, it’s not beyond reckoning that governments would think, ‘well, hang on, why are we doing this,’” he stated.

“Obviously in the short term anyone benefiting from those subsidies doesn’t like it when it’s reduced or removed.”

Wood insists that governments might have to restructure Australia’s solar feed-in tariffs to make them more “cost effective” besides advocating for installation of smart meters designed to restrict output during a low-demand period.

For this to happen, energy networks require real-time data that can only be collected by smart devices like the crowd-funded startup Wattcost. The smart energy monitoring device not only assists homes and businesses monitor and manage energy consumption. Wattcost founder and CEO David Soutar states “The Wattcost energy monitor may also very well play an important role in the near future it captures real-time billing data from most utility meters with 100% accuracy, compared to estimate-based systems offered by others.” 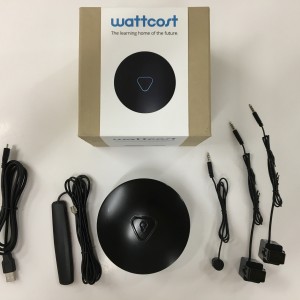 My recent product review on the innovative technology outlines the benefits and features of the Wattcost smart energy monitor as well as my personal experience with the new device.

Contrary to Wood’s remarks, other energy experts and climate scientists say that the scope and timeframe of over-supply of power to the national grid is very negligible and shouldn’t be a big deal.

According to Green Energy Market’s Tristan Edis, the rapid advancement in battery storage capacity simply meant that it was very unlikely that this would be an issue.

“You could foresee that we will reach a point if we kept the current rate of installations where, for example, on Christmas Day that a state like South Australia – which has very small base-load industry demand – five to 10 years down the track, you could end up with a situation where solar generation exceeded available demand,” he added.

“But we’re talking one day of the year for a few hours in one state.”

Edis added that recent innovations in battery technology and storage capacity projects such as the Snowy Hydro 2.0 scheme meant there was no way that solar power supply would surpass demand.

“Right now the penetration of solar on a very good day in South Australia may reach 30% of total demand,” he said.

“Over time that will creep higher and higher [but] we might be talking a 10 year time frame. That’s enough time to expect batteries are going to achieve substantial cost declines such that they become an economically viable and sensible way of soaking up demand and generation during the day.”

Who will be affected?

A dramatic change to the solar rebate and/or solar feed-in tariff will not only affect those who have not yet taken up solar. Those who have already made the switch could also fall victim. It is becoming more and more common for home owners that have installed solar between 2007 and 2013 to seek further advise from experts about either replacing an inferior solar panel system with a newer model or upgrading their existing system to a more suitable sized system.

The early adopters who purchased a 1.5kW to 3.5kW system are now finding that the solar production is not meeting the household energy demand. Although they may have entered the race early in the peace, securing a 44c to 60c feed-in tariff with their electricity retailer, the return on investment is simply not what they were hoping for.

Lastly, consumers who have purchased a solar power system that has become faulty, and are now experiencing difficulties accessing their warranty because the manufacture has closed down, or the solar retailer that they purchased the system from has closed their doors are also thrill-seekers, lining up again for the solar coaster.

In conclusion, the future is uncertain so don’t get left in the dark. Seek advise from the experts and connect with a professional solar retailer and energy consultant today.

This article was originally posted on Australian Solar Quotes: Solar Feed-in Tariff Cutback – Could it be possible in 2018?

I took an interest in the Australian energy sector close to ten years ago and since then have monitored the trends, technologies and direction of the Australian Energy Market. I was drawn to the Australian solar market in 2008 and since then have worked heavily in the field. I am partnered with national and international solar energy companies, from manufacturers of solar panel and inverter technology, online software developers that introduce tools to quote, monitor and manage solar power systems and media organisations who like myself, closely monitor the solar and renewable energy sector.

This is a demo store for testing purposes — no orders shall be fulfilled. Dismiss